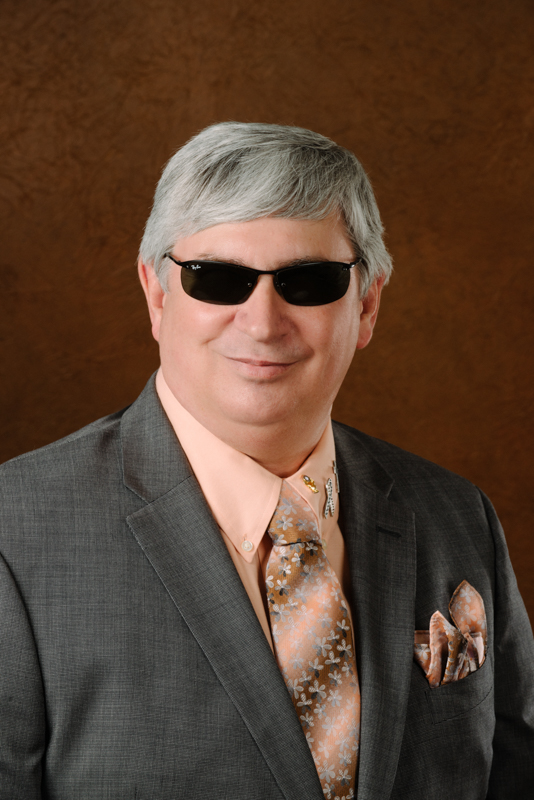 Douglas George Towne was born in Northern New York state and raised in the small village of Fine along the rapids of the Oswegatchie River. Growing up in this village of three hundred people instilled in him an understanding of home and community.

He attended the Clifton Fine Central School in a neighboring town until he lost his eyesight at the age of ten. Then he attended the New York State School for the Blind at Batavia until the age of seventeen when he returned to his home district school due to a change in the law which allowed children with disabilities to attend public schools. He graduated from Clifton Fine Central School in 1976. Then he moved on to study history and journalism at the State University of New York at Plattsburgh. Over the years he has attended several specialty schools to further his professional education.

In 2001 he founded Disability Relations Group (DRG) national disability relations, image management, public policy facilitator and social enterprise for-profit consulting firm. Pryer to this he worked at Caring and Sharing Center for Independent Living in St.Petersburg Florida. He took on these advocacy positions after a successful career in corporate management and the Mortgage banking industry from which he retired as CEO of Continental Charter Mortgage.

He is best known for his advocacy and technical work on accessible elections, which garnered him the prestigious State Wide Advocate of the Year award for 2002 from the Florida Independent Living Council and recognition from Congress as well.

He began his life as an advocate for people with disabilities at age thirteen while attending the School for the Blind. As a member of the Student Council and Editor and Chief of the school paper he successfully led several actions designed to improve the life of the students.

Doug represents a new breed of an advocate for persons with disabilities. He negotiates through his exercise of reason and logic, with a full awareness of the difficult choices responsible government requires.

“It is difficult in a few words to express the measure of respect and trust I have in Doug Towne. I can only sum up what I have witnessed over nearly two decades of knowing and working with him. His visionary approach is thoughtful and penetrating. He has the unique ability to engage issues and projects at the micro level of the individual, while simultaneously grasping the potential impact and scope in the macro global arena.”

He comes from a family of hard-working blue-collar turned white-collar people. His Dad Harold spent the first half of his life in farming and then another thirty years digging iron ore out of the ground. His Mom Thelma was a homemaker and a then-respected entrepreneur. His brothers and sister followed careers in independent business and government service.

His career goals at this point are focused on Access Ready and its mission. “Accessible information technology that opens up the future to people with disabilities is legacy enough for anyone.” He states.

He considers himself blessed to have been able to follow in the footsteps of people who through their ideas have encouraged the genius and generosity of the human spirit. These extraordinary people carve out history from blank stone. He states, “I am pleased to work in the shadow of greatness as a simple scribe and facilitator.”