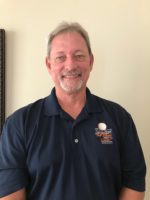 David Mickey Ellis was born in Charlotte, North Carolina. He Lived there until 1969, then his family moved to East Tennessee where he resides today.

He received his accounting degree from East Tennessee State University and   gained his Certified Public Accountant (CPA) certificate in 1985. He worked with local CPA firms for 12 years until 1990.

He opened his own CPA practice in 1991.  The practice has grown from one chair to ten growing in respect at the same time.

He has been secretary, treasurer, vice president and president of the Appalachian Chapter of the Tennessee Society of Certified Public Accountants, as well as treasurer of numerous not-for-profit organizations.

He began bookkeeping classes in high school about age 15 at his father’s insistence on development of a vocation.

He tries always to take an abstract subject (accounting) or an illogical body of regulation (tax) and make it relevant and understandable to his clients.

He likes the interaction with people from all facets of life that bring unique situations, problems or challenges.  He feels like he is adept at solving problems and finding solutions.

His younger brother is also a CPA.  They were raised in a loving, modest home.  They had support and encouragement and were given the freedom to fail.

He believes the intense pace and work requirements will begin diminishing as he passes the torch to those coming after him. “I would like to use my experiences and knowledge to mentor those in my field, and minister to other needs as I find them.

I didn’t always do things the right way, and you won’t either.  Learn from those mistakes and don’t let them define or restrict you or impede the next right move.”