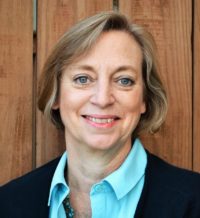 Carol Westlake was born in Wooster, Ohio, perched between Cleveland and Columbus, it is a small town rich in culture with a strong commitment to education.

Carol attended the public schools in Wooster and honed her sense of community by volunteering with seniors and children with disabilities from a young age.  She attended George Peabody Collage for Teachers in Nashville, Tennessee, graduating with a special education degree.  After teaching students with intellectual disabilities in Cincinnati Ohio, she returned to Nashville to pursue her Master’s degree and PhD at Vanderbilt University.

While still a student, Carol joined the world of advocacy and public policy,  Not content with exclusively academic pursuits, Carol wanted to be engaged in the community in partnership with self-advocates and others who were actively working to improve their own and others’ circumstances.  That work led to a lifelong commitment to advocacy and organizing.

More than thirty years ago it also led Carol to work with a handful of other leaders to establish the Tennessee Disability Coalition.  She was its founding executive director, a position she still holds.  Carol has built the Coalition from the ground up, growing its organizational membership from 6 to more than 40, and the staff from one to thirty seven.  In 2019 the Coalition is celebrating its 30th anniversary as a strong mission driven, cross-disability coalition focused on promoting the full and equal participation of people with disabilities in all aspects of life.

Its success, in part, is a tribute to Carol’s professional style of inclusiveness, integrity, and reliance on facts and reason to achieve shared goals.  A sharp focus on mission and purpose, with an ability to negotiate the complexities of policy decision-making has allowed Carol to bring people together and to achieve advocacy successes.  One distinct aspect of her style is her willingness to partner with others and to build teams to accomplish goals.

A leadership role in advocacy, and one that requires collaboration and team effort is one of the best professions.  It is a role that allows one to live one’s values each and every day, and provides opportunities to engage with others who share those values.

Carol was raised in a large family with brothers and a sister who were more different than alike, but who are still close, respecting our different skills and interests.  With an engineer father and an activist mother they all grew up sharing a strong sense of social justice, civic responsibility, and care for others instilled by their parents.

Carol’s career goals at this point in her life are to provide mentorship to the next generation of disability advocates, and to support the creativity of those who work to create opportunities for increased independence, productivity, and personal success for everyone in the community of mankind.

She is grateful for a lifetime of opportunity and challenges that have brought her into contact some amazingly strong, resilient, generous, and brilliant individuals who have shared their gifts and have demonstrated how to get the real work done.